Check This Out: Children of Sanchez

In 2018, I bought records like a madman. I bought them near and I bought them far. I bought them at local garage sales and at thrift stores in Steubenville, Ohio and Port Orange, Florida. See, I used to collect them but then got suffocated. Then, I joined a couple of Facebook groups that celebrated vinyl and so I got back into it with a vengeance. Subsequently, two things; one, I reined it in in 2019 and bought very few and two, I have a backlog of records that I need to listen to.

Chuck Mangione’s 1978 album, Children of Sanchez, I bought locally during that bonanza summer of ’18. I found it at a Value Village, a non-charity, money-making thrift store where they like to overprice their items. My wife and I are serious thrifters and we normally avoid this place but its their stock that attracts me; crazy prices, sure, but some stuff – records, in particular – that you just can’t find anywhere else. This double album they had like 6 bucks on it, more than the other records there. When the girl rang it in, though, it rang up at $2 like the rest of them. Clean livin’, folks. 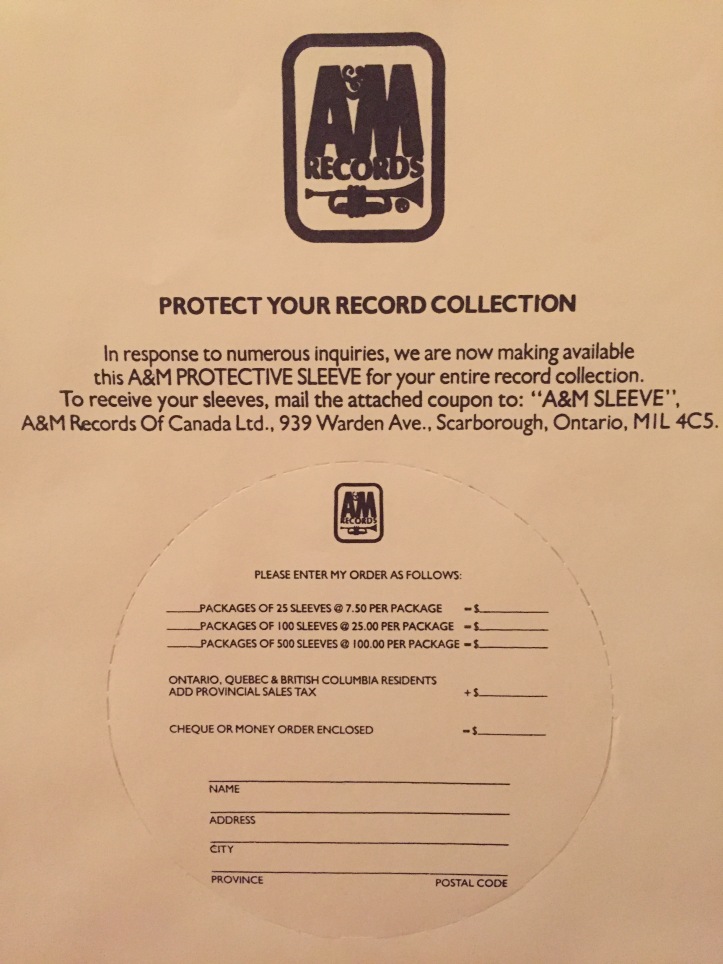 Thing is, though, these two records are in absolutely pristine condition, both housed in quality A&M Records record sleeves. So, I’ve owned this record for a year-and-a-half and it only recently came up “Up Next” in my “Yet to Be Listened To” section so I picked a proper Saturday night to give it a spin. And not while I was doing something else; I wanted to really listen to it. It looked substantial, like something I should respect.

The Children of Sanchez was a 1961 book by anthropologist Oscar Lewis (1914-1970) that expounded his “culture of poverty” theory; that poverty was the same the world over. The book was banned but eventually embraced in Mexico. It was made into a film in 1978 by director, producer and screenwriter Hall Bartlett who’s only claim to fame is having made the 1973 film Jonathon Livingston Seagull. Bartlett had been married to actress Rhonda Fleming from 1966 to 1972.

The film The Children of Sanchez is a movie better known for this soundtrack by Mangione. It starred Anthony Quinn and two Mexican actresses that had previously made their mark in Hollywood, Dolores Del Rio and Katy Jurado. It also featured Venezuelan actress Lupita Ferrer who was married to Bartlett at the time and who later appeared in the pilot of Ugly Betty.

I like Chuck Mangione. Partly because his greatest records were released on my man Herb Alpert‘s record label, A&M. Chuck’s sound is very “Seventies” but in kind of a good way. Jazz purists won’t have him due to his pop and easy listening sensibilities. In this album’s liner notes, Chuck states that he composed and recorded 23 1/2 hours of music for The Children of Sanchez, ultimately delivering 5 hours worth to Bartlett; the album presents 83 minutes of music. Pretty impressive to have this much music in you. And the album is good. The music is smooth, moody and Latin-flavoured. Its quite dramatic as I imagine the film (I’ve never seen it) is tragic and tense. The title track won Chuck a Grammy Award for Best Pop Instrumental Performance. This song features vocals from Don Potter who later became Wynonna Judd’s producer (“the man who created the Judds’ sound”) and eventually a worship leader based in North Carolina. Stephen Thomas Erlewine, a critic from AllMusic who’s opinion I respect, says that the music on Children of Sanchez is set up as a song cycle but it “doesn’t go anywhere”. It’s got a 2 1/2-star rating there out of 5. 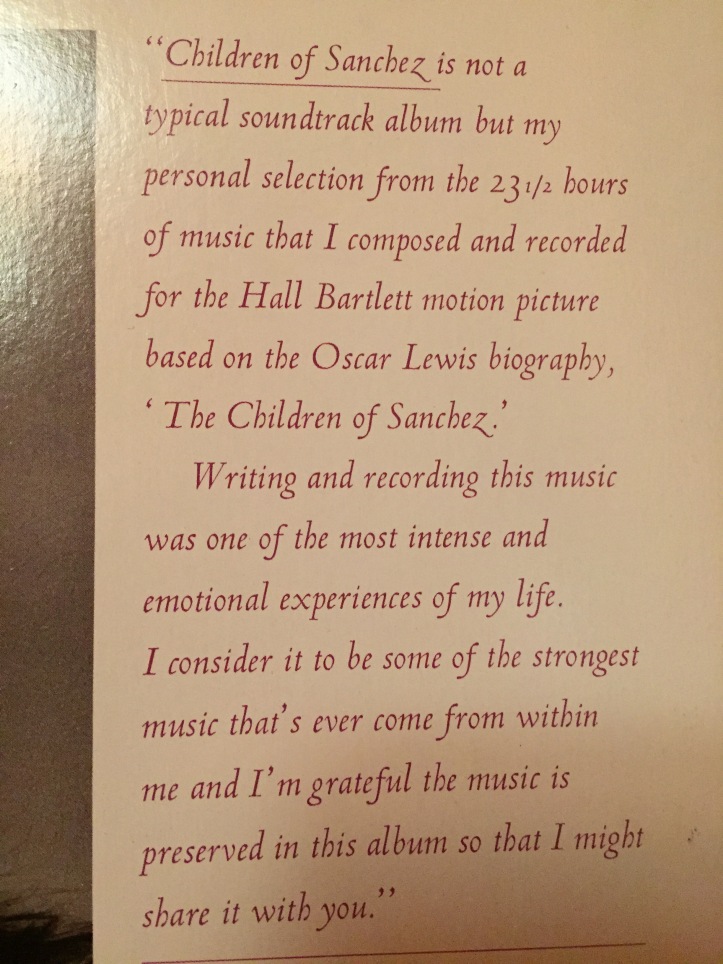 It’s a real “record”-type record, though, if you know what I mean. If you’re going to have records from the 1970’s in your collection, here’s a substantial one that makes for very pleasant listening. Check It Out.