It’s Day 2 of Elvis Week 2017! The week long celebration of the 82nd anniversary of the birth of Elvis Presley.

Day 2: SUN and SAM PHILLIPS – Those of us who spend a lot of time in Elvis World will be familiar with two quotes of his: “I sing all kinds” and “I don’t sound like nobody”. Memphis in the mid-1950’s was a melting pot of musical styles and teen-aged Elvis was taking it all in. Like so many other entertainers of the mid-20th century, he first sang in church and was enamored of the gospel quartets prevalent at the time. Indeed, it was his goal at the time to one day belong to one of the more popular quartets. He claimed throughout his life that he probably knew every gospel song ever written. He also was taken by the dynamic physical delivery of some of the more active preachers in the area. At home, he was exposed to the country music that emanated for the most part from nearby Nashville. He knew and loved these songs as well and they emerged constantly from the family radio. As a teenager in Memphis he also began to explore the burgeoning rhythm and blues scene for which the city is so noted. All of these parts added up to a sum that began to emerge on a summer afternoon when he went out to get a gift for his mama. Memphis Recording Service was run by Sam Phillips. Presley went there to record a song for his mother. He didn’t sound like much that day – or on subsequent days – but one thing’s for sure. He didn’t sound like nobody. Visionary Phillips heard something in this 21-year-old truck driver. But the kid couldn’t seem to relax. Ballad after ballad was tried but nothing clicked and frustrations were running high. During a break, Elvis and the boys tore through an amped up version of an old blues song, “That’s All Right”. Only it wasn’t blues. But it wasn’t country, either. No one was sure and the boys were just foolin’ but Sam Phillips sprang into action. He might not have known exactly what he was looking for – but he’d found it. A white man that sang like a black man. 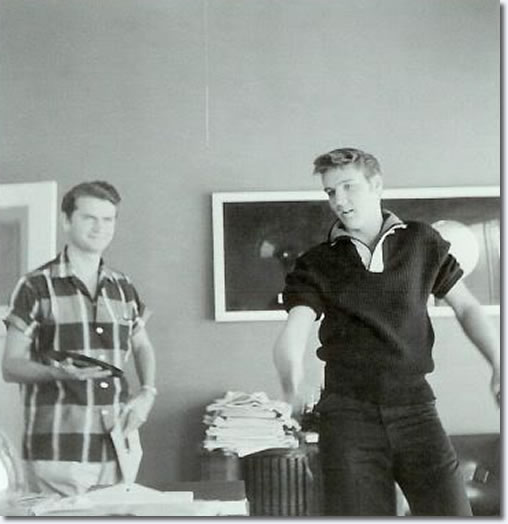