Book Review: “Over the Top and Back”

I’m thrilled to announce that this year I will be a regular monthly contributor to one of our great “Friends of SoulRide”, the “Cocktail Nation” radio show podcast. “Words With Wellsy” will be a regular segment that will be looking at books with vintage appeal.

I’ve always loved Tom Jones. I’ve seen him perform three times in three different venues. I paid good money to see him at Centre in the Square several years ago and it was a good show. I remember he gestured from the stage to something going on behind us and when I turned around I saw a woman waving what I at first thought were her arms at him until I realized she was holding up her shirt. The second time was at Casino Rama where he sang with the stellar Tower of Power horn section. Panties were thrown on the stage and they had a guy come out with a broom and sweep them up. Last time I saw him was at the Molson Centre in Barrie, Ontario. He mentioned that he used to vacation as a lad in Barry in Wales but that show was marred by terrible acoustics.

I yammer on about where I’ve seen him because these shows revealed to me not an oldies act but a vital and earnest performer. He was in his 60’s when I heard him sing live but he put on a quality show – especially when compared to that of his former labelmate, Engelbert Humperdinck – and he treated his back catalogue with respect. Even with songs that have become so embedded into the public consciousness that an artist may phone a performance in or resort to self-mockery, Tom Jones still injects fervour and might into singing songs he’s been performing for 50 years. 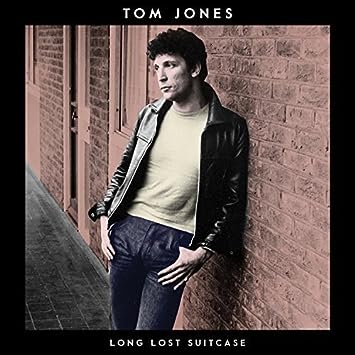 Which leads me to his autobiography. When it was released in 2015 in conjunction with a new album called “Long Lost Suitcase”, I grabbed it up. Mostly because I wanted to read what he had to say about the outrageous image he had unwittingly built for himself and how he was able to transition from that to a reputable artist with legend status. Many things about this book fascinated me.

First was the concept I’ve discussed before here at SoulRide, that of “paying the bills”. Tom talks about his youth and his immersion in American rhythm and blues and rock ‘n’ roll. In an almost identical story shared by many men of his generation from the UK (Van Morrison) Tom shares his early love for the likes of Jerry Lee Lewis and Little Richard. When he began his amateur singing career this was the material he favoured. He fashioned himself as a white Wilson Pickett and he had the immense vocal power to pull it off. When he began to sing professionally, his manager began to search for songs for Tom to record. The song they found was not exactly what Tom had in mind for himself but he recognized the quality of the tune and knew that he could do something with it. “It’s Not Unusual” was essentially a pop song that was dominated by popping brass and Tom recorded it and watched it take off into the stratosphere. It became an international hit. Interestingly, in his book, Tom says that he hoped the song would do the job of bringing him to the public’s attention and he would get his foot in the door. Once inside, he says, he would “throw off his disguise” and reveal the blue-eyed soul shouter that he really was. But this was not to be.

Once “It’s Not Unusual” proved to be so popular, other songs of a similar style were brought Tom’s way. Tom talks about Burt Bacharach, huge at the time, offering Tom “What’s New, Pussycat?” and playing it for him. When he heard the song, Tom thought Burt was joking. But it was songs like this as well as the theme from “Thunderball” and the country-flavoured “Funny Familiar Forgotten Feelings” that Tom became known for. These songs weren’t in the style he preferred but with them he was “paying the bills”. 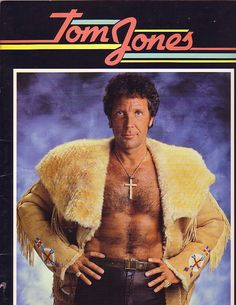 Another fascinating segment of Tom’s career is his time spent in Las Vegas. Throughout the 1960’s, it was perfectly acceptable – even prudent – to set up shop in the desert for extended engagements. An artist could have a ‘base’ and avoid incessant touring but more than that an artist could receive tremendous amounts of money and an endless supply of perks and fringe benefits. Tom laments the fact, though, that he lost his way a little in Vegas. He was seduced by the trappings of this particular type of success and his craft took a hit. He maintains that he never had what you’d call a “Vegas show” – dancing girls, acrobats – but instead he brought his brand of rock ‘n’ roll and soul to the showrooms. However, he stayed too long and gained a reputation for garish excess. The story of him regaining his credibility – going “over the top and back” – is alone worth the price of the book.

Tom makes no mention of his supposed rampant infidelity. When Tom was 16 and in high school, he found that his girlfriend, Linda, was pregnant. The two married and welcomed son, Mark. Tom and Linda stayed married all throughout Tom’s career. Many stories began to surface, though, of Tom’s shenanigans in the desert and elsewhere. But nowhere in the book does Tom talk of this. I saw him interviewed on British TV when the book came out and he was asked about this. Tom got up on his hind legs and stated that that part of his life had no bearing on the story of his career, the story he was telling in his book, so he left that alone. His wife, though alive when the book was published, died soon afterwards. One can only guess at Tom’s feelings about his actions as he laid his beloved wife of almost 60 years to rest.

I can highly recommend “Over the Top and Back”. Tom seems a ‘proper bloke’ and tells his story with a lot of humour, often ‘taking the piss’ out of himself and his image. He shares his relationship with his son, Mark, with Elvis Presley and with his management who also profited greatly from Tom’s engagements in Las Vegas. The book is available at Amazon and AbeBooks.com. Also look for the companion compact disc “Long Lost Suitcase” (“Tom Jones has always been better than the average music snob has been willing to acknowledge”) To hear my review of this book on “Cocktail Nation” radio show, click here.