Book Talk: As Time Goes By

“The explosion lifted the Mercedes off its wheels and into the air, as if it were a child’s jack-in-the-box. Rick’s head hit the pavement, and he brought his hands up to shield his face. He caught a glimpse of Ilsa lying limp against the stone wall.” 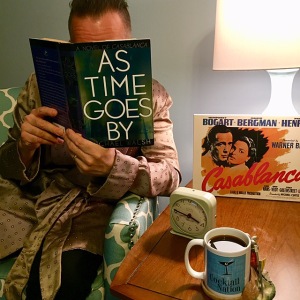 Everybody comes to Rick’s and everybody loves the film Casablanca. Now, that ain’t necessarily so maybe but let me be bold and say that if you are a movie fan you love and/or appreciate Casablanca; if you don’t, you’re not a movie fan. I’m sorry. But I’m not sorry.

Now, if you’re like me – and I hope you’re not – you will often watch a movie that really moves you and one of the prevailing thoughts you have after watching it is that you want more; you want more of that story, you want more of those characters. Sometimes you are treated to a sequel to this film you love or better yet a series of movies. I mean, how great is it that Coppola has given us 9 hours of film devoted to the Corleone family or that Eon Productions has produced more than twenty James Bond films? On the other hand, there’s Grease 2 but I digress. 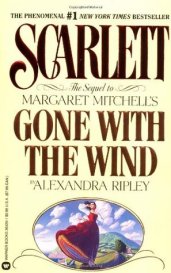 Some of my lady readers may be familiar with Alexandra Ripley’s 1991 novel, Scarlett, which served as a sequel to the events of the legendary 1936 novel by Margaret Mitchell, Gone With the Wind. Scarlett was a huge seller that was even turned into a television mini-series (remember those?) that starred Timothy Dalton (speaking of Bond). Problem was, Scarlett was roundly panned by critics. It was called “stunningly uneventful” and an embarrassment to Mitchell’s estate. Which proves that it can be a sketchy endeavour, taking characters revered by generations of readers and film-goers and putting them into additional or different scenarios. Which brings me to As Time Goes By.

It’s a fool’s errand, really, tackling this story as author Michael Walsh has; no matter what you have Richard Blaine getting up to in his youth, someone’s not going to like it. But Walsh has gone to places that are hard to be critical of. According to Walsh’s novel, Rick started life as Yitzik Baline, a small-time Jewish hood in Prohibition-era New York. He goes to work for gangster Solly Horowitz, becoming his favourite and falling in love with his daughter, Lois. Solly puts “Rick”, as he comes to be known, in charge of a speakeasy, inciting jealousy in Solly’s assistant, Tick-Tock, who has plans to take over for Solly when he retires.

Solly and Rick have a falling out over Lois; Solly wants more for his girl and marries her off to a politician who is in Solly’s pocket. The bodies start piling up when a gang war erupts. Solly and Tick-Tock are both slain and Rick prepares to take control of the gang. But when Lois and her corrupt husband are also killed, Rick clears out his old boss’s safe and lams it. Rick and his best bud, piano-playing Sam, take off for Boston. Hoping to escape his New York memories, Rick and Sam eventually sail for North Africa and Rick changes his name to Richard Blaine.

The action then is picked up from the moment Rick and Louis Renault are walking down the tarmac and proclaiming the start of their beautiful friendship. Rick, Louis and Sam all hightail it out of Casablanca, one step ahead of the Nazis. The three men arrive in London and meet up with Victor and Ilsa Laszlo and now with the U.S. involved in World War 2, the five of them join the underground and plot to strike at the Germans. Here’s the point that Walsh scores a hit with his novel.

Ilsa is placed on the inside of the Prague headquarters of Reinhard Heydrich, a real-life high-ranking SS official known as “the Butcher of Prague”. Walsh presents these characters as the perpetrators of Operation Anthropoid, the assassination of Heydrich that resulted in the terrible razing of the Czech town of Lidice. And this is what endeared this book to me. Walsh has done a good job, I think, of first coming up with a plausible back story for Rick with the bold move of making him Jewish – and all the more willing to fight Nazism – and secondly with turning me on to a fascinating and horrific episode of the war. In reprisal for the killing of “Reich Protector” Heydrich, the Nazis declared a “state of emergency” in Prague and announced that anyone found to have helped the perpetrators would be rounded up. The Reich ordered the massacre of all the men of the village of Lidice, ultimately killing 192. In addition, 60 women and 88 children were also killed. Children deemed worthy of “Germanisation” were sent to foster homes. The Nazis also killed all the pets and animals of the town, dug up bodies in the cemetery and had them destroyed and eventually tore down every single structure in the town and covered what remained with topsoil. The fact that Victor Laszlo is Czechoslovakian makes Walsh utilizing this episode of the war all the more fitting. 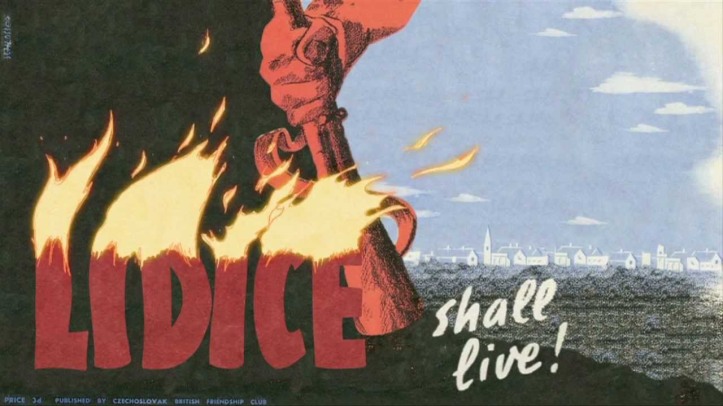 Michael Walsh is an author of little repute, frankly, who has written non-fiction works on opera, classical music and Andrew Lloyd Webber. His few novels include a fictionalized biography of gangster Owney Madden, prolific during Prohibition and one-time operator of the Cotton Club.

A light, easy, engaging read, As Time Goes By can be easily found at Amazon and – for much less – at AbeBooks.

** I reviewed this book as part of my “Words With Wellsy” series of book recommendations for the Friend of SoulRide, Koop Kooper’s “Cocktail Nation” radio show podcast **