The Flickers: Chrome and Hot Leather

The Wizards are a motorcycle gang lead by T.J. (Smith). While cruising down the highway one day, they hassle a couple of pretty girls in a big Lincoln. The Lincoln goes off the road and the girls are killed; the gang lams it. 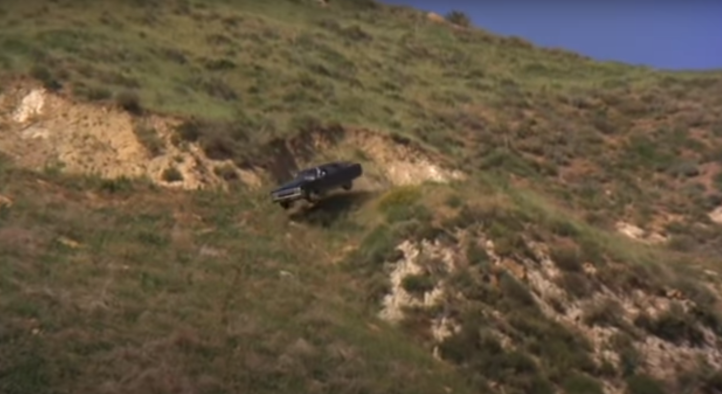 The passenger in the Lincoln, Kathy (Ladd), was engaged to Mitch (Young), the leader of a platoon of Green Berets training in the area. When Mitch finds out, he vows to find the motorcycle gang responsible and get his revenge.

By 1971, the outlaw biker genre was in full flight. Brando had put bikers on celluloid in 1953’s iconic The Wild One but biker films really didn’t hit their stride until the late ’60’s when the Hells Angels motorcycle gang started to show up regularly in the media. American International had released a couple of bike flicks in the Fifties but when the studio’s The Wild Angels (1966) became a big hit, biker films really took off. Chrome and Hot Leather added a different element. It’s probably the only “Green Berets vs. bikers/revenge” flick.

Lee Frost was a career B-movie director. He directed 26 feature films using 6 different names. The year after our film, he helmed the classic The Thing With Two Heads starring Ray Milland, Rosey Grier and pretty Kathy Baumann, again. Frost also served as this film’s cinematographer. Michael Haynes plays Casey, who runs the girls off the road, and he also co-wrote the screenplay. He would go on to a long career as a Hollywood stuntman. And does he not look like George Clooney? Or Ben Stiller? Or their older brother, at least.

William Smith is quite a guy. Still alive as of this writing, aged 87, Smith had been a child actor before joining the Air Force in 1951. He ended up working for the NSA and – having both NSA and CIA security clearance – he planned a career working for the government before signing a contract with MGM. In addition to his many acting credits, Smith holds a black belt in karate, was a two-time world arm wrestling champion, holds records for reverse-curling his own body weight and his trademark arms measured 19 1/2 inches.

Smith may be best known for playing Falconetti in the Rich Man, Poor Man mini-series. He appeared in many biker/drive-in/exploitation flicks through the Seventies and Clint Eastwood’s Any Which Way You Can (1980). He played Conan’s father in Conan the Barbarian (1982) but I will always think of him as having been in Francis Ford Coppola’s two adaptations of S.E. Hinton’s novels, The Outsiders and Rumble Fish, both in 1983. Look for him in Irresistible, his 276th credit, that stars Steve Carrell and opened in June, 2020. 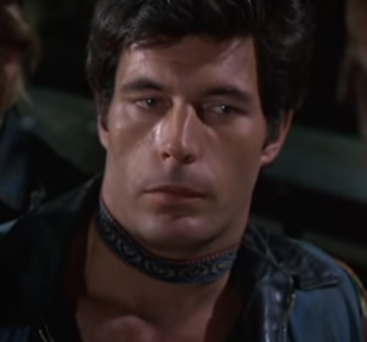 Tony Young is one of those actors we love to profile here at SoulRide, an actor that worked relatively extensively while managing to remain invisible. A veteran of the US Air Force, Young appeared in several episodes of westerns and other programs while never being able to land a steady gig. He was married to Madlyn Rhue and it took me a second but I spotted him as having been in Elvis Presley’s serious western, Charro! (1969). Another western television actor appears here, Peter Brown. After a stint in the US Army, Brown was pumping gas on the Sunset Strip and one night filled the tank of one Jack L. Warner; the next day, Brown got a screen test. Brown is known to me for his role in Ride the Wild Surf (1964).

Inexplicably, Marvin Gaye appears in Chrome and Hot Leather, his only feature film. Lacking a biography of the legendary soul singer, it is almost impossible to come upon an explanation as to why he made this film. All I could find was an entry in Marvin Gaye’s brother’s book that said the film did nothing for Marvin except get acting out of his system and revive his interests in motorcycles; once filming completed, Marvin bought one. It’s certainly interesting casting, though, and Gaye does alright. Larry Bishop – Joey’s kid – plays pinball-loving Gabe and “Bob” Pickett (as in Bobby Pickett) plays Sweet Willy. Look for Dan Haggerty (Grizzly Adams, Muscle Beach Party) and Erik Estrada – I couldn’t spot Erik. As mentioned before, Cheryl Ladd makes the first of her totally forgettable dozen big screen appearances; I had to go back to recognize her as the camera is so close to her face in the cramped quarters of the big, ol’ Lincoln that goes over the cliff. Herb Jeffries plays Ned, a bartender. I thought I recognized the name so I looked him up. Herb – born Umberto Alexander Valentino – was an actor and singer who made “race” westerns and was billed as the “Sepia singing cowboy”. Jeffries was of mixed race but instead of trying to “pass” for white, he did the opposite and claimed an African-American heritage and even darkened his skin. He released many albums of cowboy music and calypso through the Fifties. He was once married to peeler Tempest Storm.

I watched Chrome and Hot Leather on the heels of The Take, a film I reviewed recently. Actually, this is like something out of our UnEarthed series; Frankie Avalon lead me to The Take, a film that featured Kathrine Baumann – she of the fancy handbags; see my review of The Take –  who was in Chrome and Hot Leather, a film that lead me to the interesting stories of William Smith and Herb Jeffries. I have found that, in the summer, I’m drawn to these drive-in films, these exploitation movies. They just seem to take me back to the early Seventies, when a bunch of kids would’ve piled into the El Camino and gone down to the Star Lite Drive-In for a double feature of goofball movies like Chrome and Hot Leather. The film itself is fun but pretty bad, as you might expect. It does have a real outdoorsy feel as it was shot in and around Los Angeles in locations like Crystal Springs and Piru in Ventura County and Sylmar, LA’s northernmost neighbourhood.

There are some great road shots and I particularly like a sort of slow-motion shot employed when the girls are going over the cliff. I can imagine veterans of the Armed Forces would get a hoot out of the film’s “Green Berets” going through their training exercises though I do like the touch of the Berets using sergeants stripes as their “gang colours”.

What more can be said, really? You wouldn’t watch this movie wanting an accurate depiction of Green Berets or bikers – or what would happen if the two went to war. But there’s enough of a story here and more than enough notable faces to make this film a fun watch. You don’t really need me to review this film. Just think of this as me making you aware of it. If you’re suffering through a scorching hot summer and Covid-19 has closed your favourite vacation spot, you could do worse than to stay in and dig a bonkers drive-in movie like Chrome and Hot Leather. 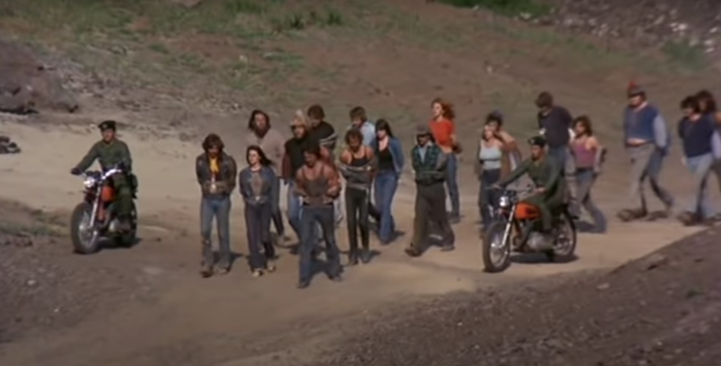