Check This Out: The Sweet Ride

As you all know – or should – the go-to book for Hollywood surf movies of the golden age is Tom Lisanti’s Hollywood Surf and Beach Movies: The First Wave, 1959-1969. The only thing frustrating about the book is no fault of Tom’s – it is having it revealed to me that there are some beach movies out there that you simply cannot see; they’ve never been released on home video. So, when you stumble on one online it makes for a sweet ride.

One misty morning, a car cruises along the beach at Malibu. It stops, the door opens, and a girl wrapped in a blanket is dumped on the road. The fuzz gathers up some suspects and the story is told in flashback.

Franciosa, Michael Sarrazin and Bob Denver are living the surf bum life at Malibu. One day, a pretty girl washes up on the beach by their house. She’s in distress – she has lost her top – and Sarrazin takes her a towel, thereby calling dibs. She reveals she is an up-and-coming actress but that’s about it; the rest of her life is a mystery. Young Sarrazin and her start a relationship. 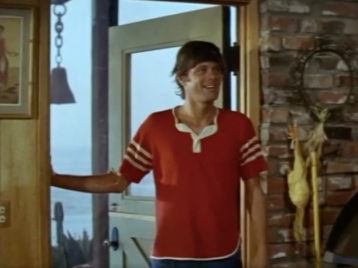 Franciosa – he’s well-cast here, at a healthy 39 years old – plays a tennis hustler too old to be living like this but he feeds off the younger guy’s admiration of his devotion to the bohemian lifestyle. Sarrazin is a surfer and could be a pro but he lacks the drive. Denver – a year removed from playing Gilligan – plays a jazzbo pianist who figures he will change the world with his music. His long-time girlfriend, an adult film star, is played by Michele Carey. I spotted Lloyd Gough as a homicidal neighbour. Lloyd had played a heavy in Frank’s Tony Rome and had been blacklisted in the 1950’s.

The swingin’ jazz score is by Pete Rugolo. The soundtrack also features Dusty Springfield singing the title cut written by Lee Hazlewood (who has a small part in the film) and Moby Grape are a featured band at a night club.

Canadian director Harvey Hart was born – and died – in Toronto. Hart directed a great film in 1965 called Bus Riley’s Back in Town that starred Michael Parks, Ann-Margret and Janet Margolin. Years ago, my wife was out shopping and brought it home for me. I still have the VHS tape as it is one of those that you simply cannot find, on DVD or otherwise. Hart would win a Golden Globe for directing the mini-series East of Eden in 1981. Tom Mankiewicz, who three years later would begin writing Bond scripts and would eventually help run the TV show Hart to Hart, wrote the screenplay.

Additionally, in the Canadian Content department, Michael Sarrazin was born in Quebec City. Interesting to note that both Hart and Sarrazin were born AND died in their hometowns. So often you’ll see a Canadian who has gone to Hollywood and has died there in his adopted country; these two seem to have gone home to die.

The Sweet Ride was a first starring role for Beautiful Bisset, who was 23 at the time. By the time it was released, she had been cast in The Detective and Bullitt, two significant films, both from ’68, and her career was underway. I have to wonder though if Bisset is more popular today for being Bisset as opposed to for her film roles.

This film is, in a way, fascinating to watch. It is such a misfire in its mashing up of film styles of the Sixties. It is part beach movie, part biker movie, part jazzbo/hipster story, part cornball comedy, part love story with the burgeoning porn scene thrown in. All this adds up to a movie that has really fallen through the cracks which gives you the feeling of having discovered a real relic. And for fans of American-International’s beach party films, it is interesting to see where the genre attempted to go. The Sweet Ride is a mature updating of the fun-in-the-sun flicks of the early 1960’s. Franciosa starts every day extremely hung over – and he proceeds to rouse himself by pouring stale beer on his face. Each morning, there is a different naked girl on his couch. Bissett is being abused by her producer/mentor and is so distraught that she offers herself to a motorcycle gang, hoping to commit suicide by being raped and beaten to death. Add to this Denver dodging the draft and Carey playing an adult film star and we are not in Frankie & Annette Land anymore. Also, fans of Valley of the Dolls will recognize Caswell’s office. It is the exact same set used as Henry Bellamy’s office where Lyon Burke and Anne Welles work in Dolls. 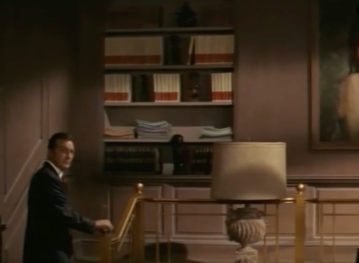 One thing I’ll note is that, throughout the proceedings, Denver and Carey grow and come to an agreement about their future together. Sarrazin will never be the same after his experience with Bisset. He even ends the film by heading inland to work in a hardware store. And here is where I find some merit in the screenplay. I love any film that depicts the “pivot point” in someone’s life. Sarrazin’s Denny has been content to be a beach bum but he has had an epiphany. As a slight dig at Franciosa’s Collie, Denny says he is leaving because he is “tired of looking at myself at 40”. Meaning he doesn’t want to be a bum like Collie when he hits that age. I like to imagine what Denny’s immediate future would be like, working at the hardware store in Santa Monica. Does he mend fences with his folks? Does he go back to visit Bisset’s Vickie like he says he will? And what of Collie? He pleads with Denny to stay and ends the film as he started; stealing his neighbour’s newspaper and looking for the next empty, pointless adventure. He seems to be prepared to go on being a beach bum.

I hope you can find The Sweet Ride. It’s an interesting time capsule.