Book Review: “Sinatra: Behind the Legend”

“‘I think I would like to be remembered as a man who brought an innovation to popular singing…a man who had a wonderful time living his life and who had good friends, a fine family and I don’t think I could ask for anything more than that’.”

“Sinatra: Behind the Legend” by J. Randy Taraborrelli (1997) 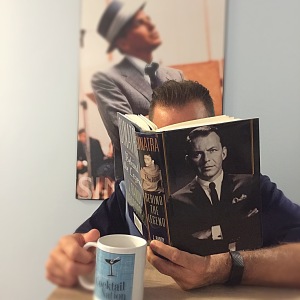 I’m thrilled to announce that this year I will be a regular monthly contributor to one of our great “Friends of SoulRide”, the “Cocktail Nation” radio show podcast. “Words With Wellsy” will be a regular segment that will be looking at books with vintage appeal.

The Academy calls it “Traditional Pop Vocal”. Call it what you will – jazz vocal, the Great American Songbook – I discovered this music in the late 1990’s with thanks to the film “Swingers”. Another introduction for me came from early mornings tuning in Nick Clooney on New York’s WNEW as I drove to work. I’ll never forget hearing Jack Jones sing “Lady” through the static as the sun was rising.

But my focus during these early days was discovering the catalogue of one Francis Albert Sinatra. I joined one of those CD clubs and started buying (No One Cares was my first proper FS CD) but what I wanted was a book. And then, I was driving to work one morning and heard that Frank Sinatra had died. Then, the commemorative magazines (“He did it his way!”) and cheap-o coffee-table type biographies came out in droves. But I worked hard and found a proper one, the biography we’re talking about today Sinatra: Behind the Legend by J.Randy Taraborrelli.

Worth stating that Mr. Taraborrelli is a biographer of some note and by the time his Sinatra book was published in 1997 he had already issued life stories on subjects such as Diana Ross, Cher and Michael Jackson. His book on Francis was exactly what I wanted and it is still my go-to biography on FS. Taraborrelli dishes on the juicier aspects of Frank’s life but manages to keep it journalistic and extremely informative.

The first thing that really intrigued me about this Frank Sinatra book was Elvis Presley! If you’ve spent any time over at my website – and if you haven’t, what’s the problem? – then you know that at Your Home for Vintage Leisure we regularly take scholarly looks at the life and career of Elvis Presley. As many of you may know, Sinatra had Presley on one of his television specials when Sgt. Presley returned from the army. Because I love both singers, I obviously wanted the two to be buddies. Many of you have seen or heard Presley and Frank duetting on this show and it’s generally good and quite historic. Taraborrelli describes Frank as “dismissive” of Elvis and I don’t see that but otherwise Randy’s is the best description I’ve seen of this legendary meeting and he sums it up well; neither star was enamoured of the other. Neither cared much about the other. They each were the brightest lights in their own individual galaxies. May have to give King the edge here though; he later dated an ex of Frank’s – Juliet Prowse – and Frank’s own daughter, Nancy.

Behind the Legend was also the first I had learned about many other things about Sinatra’s life. His passive father and his domineering mother. Sinatra’s difficult forceps birth which resulted in him being born not breathing. Taraborrelli relates the story of the doctor putting Frank aside to attend to his mother and Frank’s grandmother having the presence of mind to place the infant under freezing water. Thankfully for us, Frankie sputtered to life, although is birth left him with visible scars.

Taraborrelli’s book also acted as a sort of surrogate parent for me, teaching me about the sad realities of life. As much as you want to love Francis, there are challenges to that. Like any gargantuan personage, Frank was not without his warts. Taraborrelli pulls no punches in describing Frank’s womanizing, his propensity for rage and his ability to freeze people out for slights, real or imagined. For example; Frank refused to leave Zsa Zsa Gabor’s home until she capitulated to his advances. Peter Lawford broke the news to Frank that President Kennedy would not be staying at Frank’s Palm Springs home after all and Frank never spoke to Lawford again. Which brings to mind Taraborrelli’s excellent reporting of Sinatra’s relationship with JFK and with Sam Giancana and how the three intersected.

The only little niggling negative about this book is no fault of the author’s. Behind the Legend was published barely a year before Sinatra died. Although, Taraborrelli has updated the book twice since it was first published this original publication does not contain any reporting on Frank’s death. It does however do well in relating Frank’s mellow last years. Some great episodes related here include the time Frank had Bob Dylan and Bruce Springsteen over and the three got drunk on Jack Daniels. Without giving away the whole story, Frank was thrilled with this particular dinner party: “We should have those two over more often. Forget Steve and Eydie. I’m sick of ’em. Let’s have Dylan and Springsteen over once a month”. Wife Barbara’s response? “Over my dead body”.

Since Behind the Legend, J. Randy Taraborrelli has published books on Madonna, Princess Grace, Elizabeth Taylor, Marilyn Monroe and the Hilton family. His latest books have tackled Jackie Onassis and her family and the “new generation” of Kennedy’s, namely John, Jr. and his wife, Caroline. His books on Camelot and Marilyn Monroe have been made into TV movies. He is is indeed a prolific biographer. And like the author we looked at last month, Tom Lisanti, Taraborrelli is active on social media and I have been happy to interact with him on Twitter. 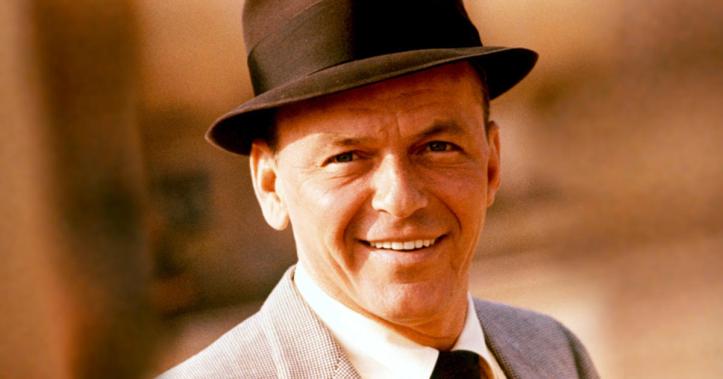 I can highly recommend Sinatra: Behind the Legend by J. Randy Taraborrelli as a starting point for learning about Frank Sinatra’s life. The book is available at Mr. Taraborrelli’s website and at AbeBooks. To hear my review of this book on the Cocktail Nation, click here.

Fresh up on the site is a real labour of love. My man, Steve Winwood, has charted a rare course through the music business. From teenaged hit maker to 70s prog rocker. From pop star to living legend. It’s a unique tale and one worth telling. And reading. Take a look. Link in bio. #stevewinwood #spencerdavisgroup #traffic #oldies #rockmusic #progrock #popstar #legend #60s #60smusic #70srock #80smusic #blogger
Myrna Loy, 1930. #myrnaloy #30s #30sstyle #halloweencostume #halloween #spookyseason #spooky
James Brown recorded his legendary Live at the Apollo album on October 24, 1962. It was released in May of '63 and has gone on to be considered one of the greatest albums ever released. #otd #onthisday #music #musichistory #jamesbrown #soulmusic #livealbum #rhythmandblues #apollotheater
This week on the latest radio show podcast from Koop Kooper’s Cocktail Nation, I bring the Canadian content. On my Words With Wellsy segment, I talk about a book near and dear to my heart from a distinguished man of Canadian letters, the late Mordecai Richler. Listen now @cocktailnation and read the full review at my site. Link in bio, look under “books”. 🇨🇦📚🍂🍁 #bookstagram #book #bookrecommendations #booklover #canadian #quebec #montreal #jewish #autumn
My latest gamble buying something off Facebook has paid off. It’s the Retro 60s Gradient Polo Cardigan from AshFans.com. Swell! #fashion #retrofashion #vintagefashion #60sstyle #vintageleisure
Jimi Hendrix surrounded by Eric Burdon, John Mayall, Steve Winwood and Carl Wayne. Zurich, 1968. #jimihendrix #stevewinwood #ericburdon #johnmayall #rock #rockhistory #rockphotography #musician #legends #60s #60smusic #zurich